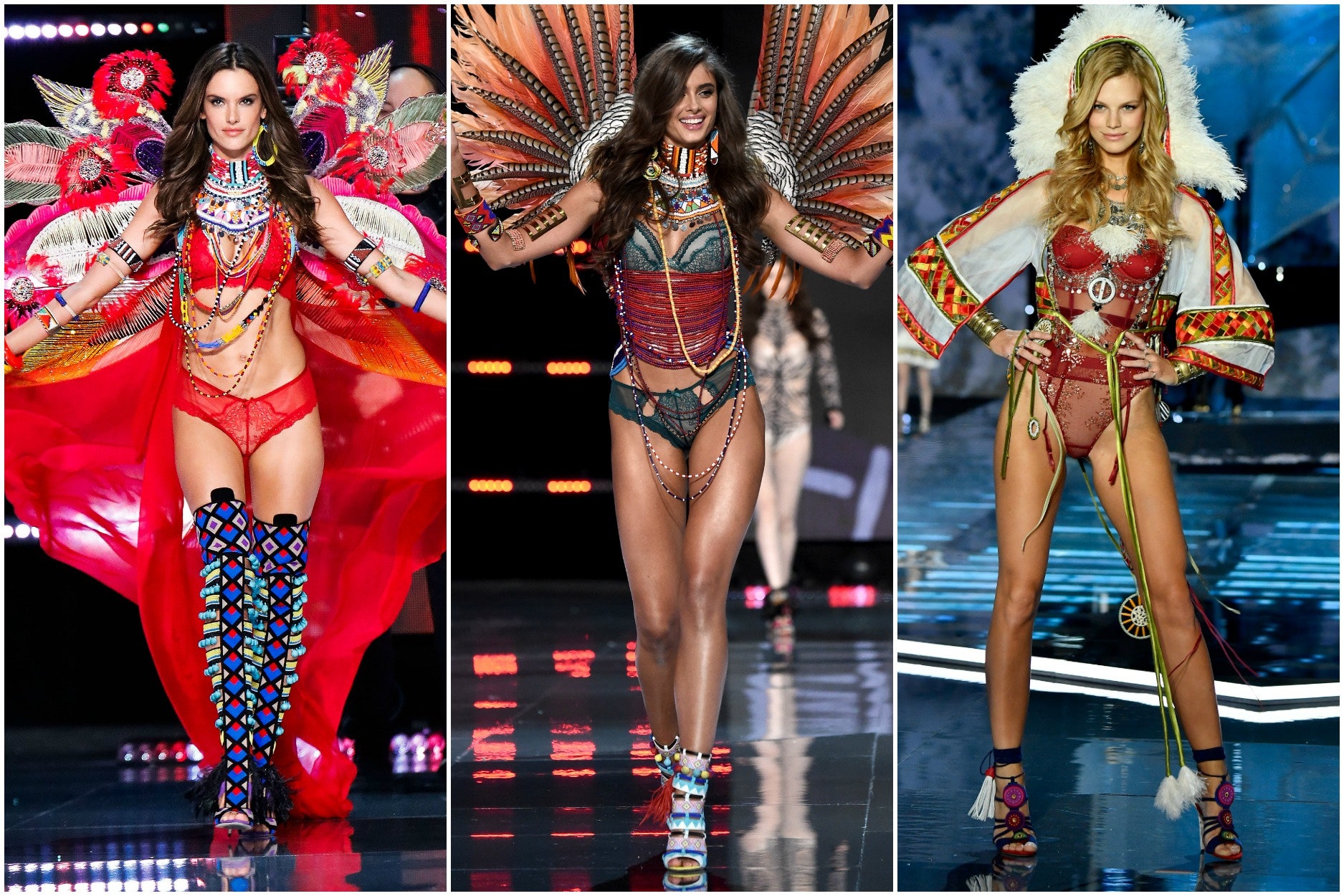 From the moment the Victoria’s Secret models walked down the runway at the 2017 fashion show in China wearing feathered wings, head-dresses, and beaded body jewelry, we knew there was going to be a problem. With so many gorgeous and inspiring looks they could have chosen from, why this one? And, as it turned out, it didn’t take long for the internet to catch on, accusing the brand of cultural appropriation.

The Victoria’s Secret Fashion Show each year is made up of themed segments. This year, the one in question was dubbed “Nomadic Adventure,” featuring a flurry of looks that seemed as though they had been inspired by tribal and Native American dress.

This is not the first time Victoria’s Secret has been under fire for such an issue. In 2012, each girl represented a month of the year, with Karlie Kloss walking in a Native American-inspired headdress and turquoise jewelry, meant to be indicative of November — Thanksgiving. After the brand made headlines over the look, it was decided that it would be pulled from the final edit of the show’s broadcast. What’s more, just last year, Victoria’s Secret debuted a series of looks that many feel were appropriative of Chinese culture, including Elsa Hosk wrapped in a dragon creation.

One user on Twitter wrote: “Apparently the theme of the Victoria’s Secret fashion show this year was cultural appropriation,” while another echoed, “So now Victoria’s Secret is totally ok with cultural appropriation. Wow. Ok.” The show is set to air on November 28 and, as of now, will include all of the questionable looks. The brand has yet to comment on the controversy.