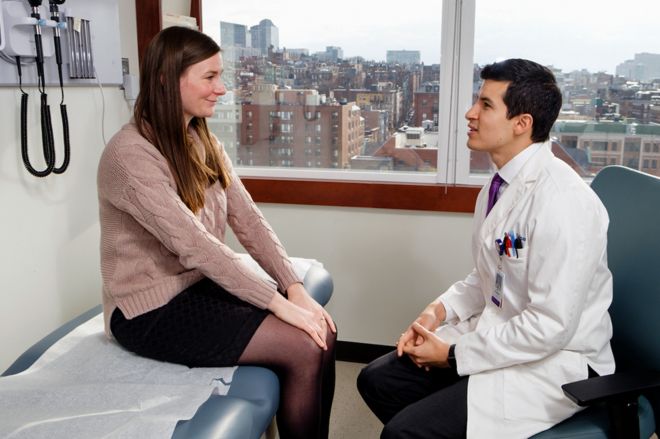 For Dr Joel Salinas, music creates colours, numbers have personalities and another person’s pain feels almost like his own. He thought that was how everyone experienced the world – until he went to medical school.

Joel Salinas rushes in to the hospital bathroom and throws up until he’s dry heaving. Washing his face, the third-year medical student stares at his pale reflection in the mirror and wills himself to live.

He doesn’t know it yet, but Salinas has a condition called mirror-touch synaesthesia. Any time he sees someone experience pain, or even just the sense of touch, his brain recreates the sensations in his own body. And on this day in 2008 he has just watched someone die.

“Someone had a cardiac arrest and it completely caught me off guard,” he says.

“I saw them getting chest compressions and I could feel my back on the linoleum floor and the compressions on my own chest. I felt the breathing tube scraping down the back of my throat.”

When the patient was declared dead 30 minutes later Salinas experienced an “eerie silence”.

“I had this complete absence of physical sensations. It was so haunting. It was like being in a room with an air conditioner and suddenly it was switched off,” he says.

He escaped to the bathroom where he reassured himself he wasn’t dead – and vowed he wouldn’t let himself react so strongly again.

Synaesthesia is a condition in which one or more of your senses is merged with another rather than experienced separately. Some people perceive taste when they hear music while others experience colours when they look at letters and numbers.

Salinas has early memories of the condition such as the bell ringing in blue and yellow at his primary school in Florida.

“When colouring in at school I was very specific that my B had to be just the right shade of orange and that my number one had to be yellow,” he says.

“Sums also didn’t make intuitive sense to me. My two was a red maternal person and my four was a blue friendly person. So how could a two plus a two equal a four?”

However, his colour associations also helped him remember information making him “a whizz at vocabulary and spelling”.

Salinas struggled to fit in with his peers and remembers asking his mother why nobody liked him. One problem was that he was too forthcoming with hugs.

“Hugging was a wholly immersive experience,” he wrote in his 2017 book, Mirror Touch.

It made him feel warm and secure and a “cool silvery blue, the same feeling the number four inspired in me”.

But when he hugged other children, they often thought it was weird.

After frequent rejections Salinas withdrew further into his own world. He watched TV for hours as he enjoyed the way his whole body mirrored the sensations of every touch and movement on screen.

“When the cartoon Road Runner stuck out its tongue, I’d feel as if mine was sticking out. When the coyote got hit by a truck, I’d feel it,” he says.

Salinas realised as a teenager that making others feel better made him feel better, due to this shared sensory experience. He found he was drawn “to healing people” and decided to pursue a career in medicine.

He hadn’t talked about his experiences up to this point as he had just assumed everybody experienced the world the same way. However, on a college trip to India in 2005 Salinas discovered this wasn’t the case. When a fellow medical student described a group of people who perceived colours with letters, Salinas remarked that this was the case for most people.

“He looked at me and said: ‘That’s absolutely not the case for everyone,'” Salinas says.

But understanding this did nothing to prepare him for the difficult experiences that came in the next stage of his studies.

“The mirror-touch pain was most vivid at medical school when I began to see the extremes of physical trauma,” Salinas says.

When he watched a teenage boy on an operating table he felt the incision as if it was slicing into his own abdomen, followed by the “hot and writhing experience” of seeing the boy’s internal organs.

It all came to a head on the day a patient died, and he found himself vomiting in the hospital bathroom. He realised he had to find coping techniques if he was to make it as a doctor.

Salinas found mirror-touch sensations were more vivid when he was surprised or if the person he observed was physically similar to himself. So he started to prepare himself for such situations.

“I focused looking at a patient’s sleeve or collar, or on grounding myself in my own body,” he says.

But he also found his “hyper-empathy” helped him to treat his patients. He would notice almost immediately if they were thirsty or in pain, picking up on the slightest facial and body movements.

“I really have a stake in my patients’ well-being, because in that moment it’s also my well-being,” he says.

“Being in hospital can be very lonely for the patient and being able to in some way inhabit the same space means a lot.”