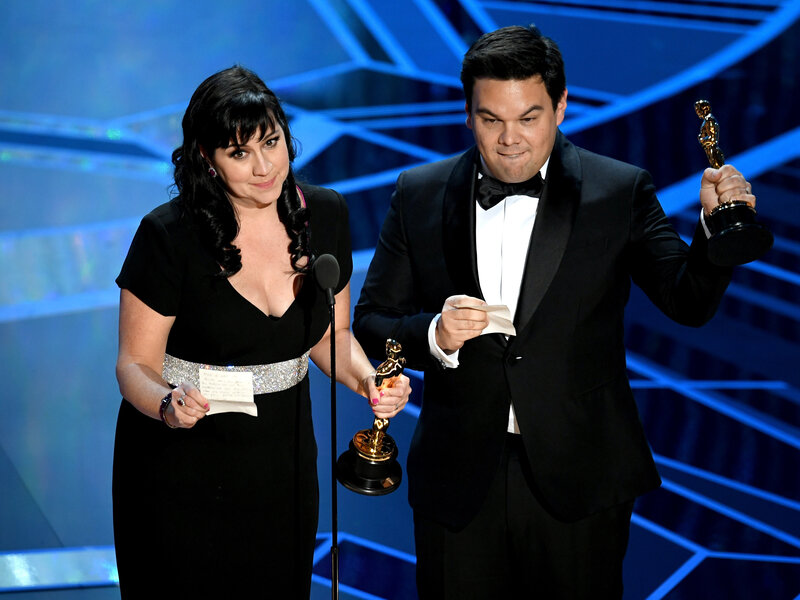 How’s this for a #MondayMotivation: On Sunday night, songwriters Robert Lopez and Kristen Anderson-Lopez took home the trophy for best original song for “Remember Me,” from the film Coco.

For most, that would have been enough of a feat: It was the husband-and-wife team’s second Academy Award nomination, and their second win. Their first was for the once-omnipresent “Let It Go” from Frozen.

But the duo’s achievement marked an even more remarkable moment in entertainment history. With his Oscar-night prize, Robert Lopez became the first person to “EGOT” — winning an Emmy, Grammy, Oscar and Tony — twice over (there are only twelve people, including Lopez, who have accomplished the feat). Lopez has now earned two Oscars, two Emmys (both for daytime programming), three Grammys and three Tonys.

By the way, Lopez is only 43 years old and had accomplished his first EGOT by the time he was 39.