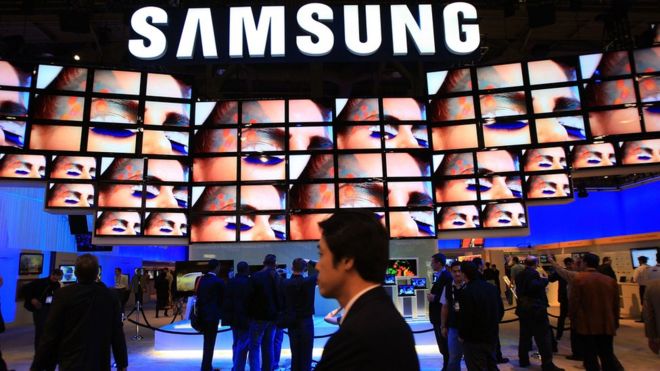 Samsung Electronics expects to deliver record profits for the last three months of 2017, but the estimate missed analyst expectations.

But while chip prices boosted margins, a stronger won weighed on the figures.

The record guidance comes despite a corruption scandal engulfing top leadership at the South Korean firm.

The operating profit forecast is slightly below the 15.9 trillion won estimated by analysts surveyed by Reuters.

The forecast keeps Samsung on track for record annual profits, in a year when prices for computer memory chips kept surging.

But the 2018 outlook is less certain, with Samsung shares having fallen nearly 10% from their all-time high in November, as some investors bet on an end to the chip boom.

Meanwhile, the market for smartphones and other mobile devices is facing increasing competition from Chinese rivals.

As well as the jailing of its heir apparent Lee Jae-yong for bribery and corruption, Samsung’s reputation was also hurt by the global recall of its flagship Note 7 smartphone in 2016, following the fiasco with its overheating and exploding batteries.

However the problems with the handset did not cause major disruption to the firm’s finances, helped by its buoyant chip business as well as customers seeming unfazed by the incident.

Samsung Electronics is regarded as the jewel in the crown of the Samsung Group conglomerate, which is made up of 60 interlinked companies and is one of South Korea’s massive family-run businesses known as chaebols.