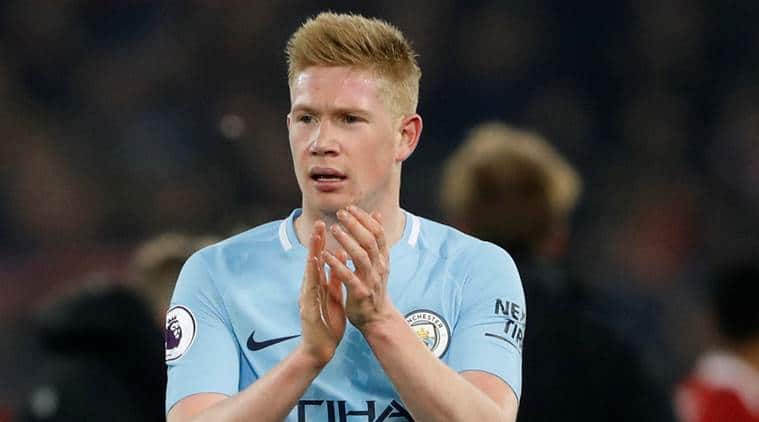 Premier League leaders Manchester City received a boost on Monday with the news that influential midfielder Kevin De Bruyne has agreed to sign a new five-year contract with the club.

The Belgian joined City from Wolfsburg in 2015, initially agreeing a six-year contract to stay in Manchester.

However, his performances since, including 38 Premier League assists for City, have led to him being rewarded with a bumper new deal – announced at exactly the same time that rivals Manchester United heralded the signing of Chilean forward Alexis Sanchez from Arsenal.

“I am really happy to have signed this new deal,” De Bruyne told the club’s website (www.mancity.com). “As I’ve said previously, my intention has always been to stay here at City, where I’ve felt at home from day one.

“Not only are we winning – we are playing great football. It’s a pleasure to be a part of and I’m really excited about what we can achieve in the coming years.”

The 26-year-old has been instrumental in helping Pep Guardiola’s side lead the Premier League by 12 points. His eight goals and 13 assists in all competitions has also contributed to City reaching the last-16 of the Champions League, the semi-finals of the League Cup and the FA Cup fourth round.

“Kevin’s new deal is great news for our Club. He has shown this season how important he is to the team and has been integral in everything we’ve done so far,” City’s director of football Txiki Begiristain said.