Home
Reviews
Hair dye: now with graphene to take away the frizz
Tweet Pin It 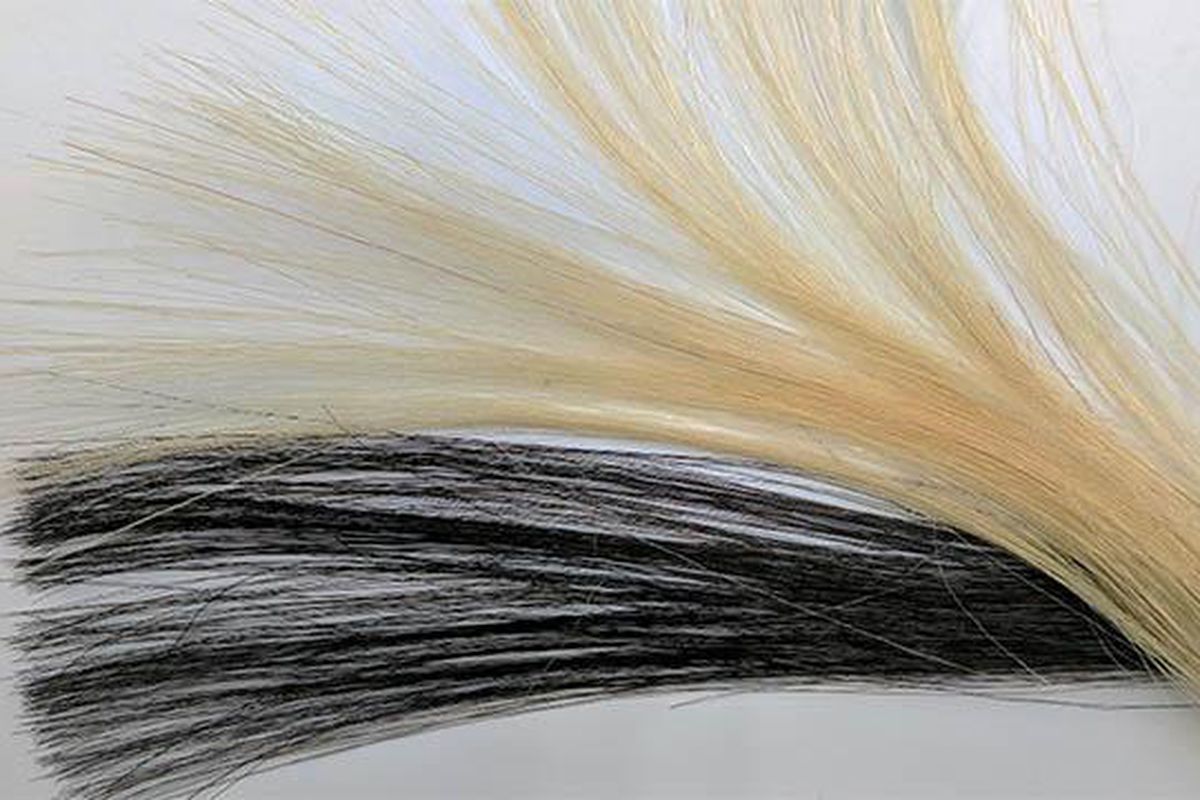 In a quest to make a less toxic hair dye, scientists created a dye using graphene. And it has an added bonus — it tames static frizz, according to new research.

Most permanent hair dyes use harsh chemicals to open up the outside layer of the hair so that other chemicals can get inside and change its color, Chemical & Engineering News reports. A team of researchers at Northwestern University decided to use a different strategy: Instead of opening up the hair, why not just coat it with tiny colored particles made out of graphene?

Graphene is basically a super-thin form of graphite — the same mineral as your pencil — where all the atoms lie next to each other in a single plane. It’s also flexible and super strong. (“It would take an elephant, balanced on a pencil, to break through a sheet of graphene the thickness of Saran-Wrap,” an engineer at Columbia said back in 2008.) But it also gets a lot of hype. “I think a lot of people are jumping onto it as a catchword and making people think they have a ‘gee-wiz’ material, like this glasses company I saw saying they have graphene in the glasses,” Les Johnson, co-author of a book on graphene, told The Verge in January.

This latest use of graphene in hair dye could be more of the same — but based on a study published this week in the journal Chem, it looks promising. The dye is made of chemically modified graphene particles, a sugar from the pulverized shells of crustaceans, and vitamin C. When sprayed and brushed on hair, the dye sticks in a couple of different ways: graphene clings to uneven surfaces, plus it sticks to the crustacean sugar in the dye, which in turn binds to a protein in hair, according to C&E News.

The whole process only takes ten minutes. If you want a lighter brown as opposed to dark black, you use a less concentrated dye. And if you want an ombre effect you just shine UV light on the sections that you want to be lighter, the study says. So far, it hasn’t been tested on a human head. But it has been tested on disembodied samples of human hair, and the dye stayed put through dozens of washings.

The dye also had a surprising effect: it tames flyaways. Hair is electrically insulating so it’s bad at getting rid of the static electricity that can build up in cold and dry weather. Charged hair strands can “stand up on end, creating an uncomfortable ‘flyaway’ effect,” the study says. But graphene conducts electricity, which means that hair coated in it doesn’t build up a charge. To show this, researchers rubbed different hair samples with a rubber film, to create an effect similar to rubbing a balloon over your hair. While natural hair and hair dyed with a conventional dye stood up, graphene-dyed hair stayed sleek and smooth.

Before the dye hits drug store shelves, it’ll have to be proven safe for people. But the researchers have already filed a provisional patent application for their invention, according to C&E News. Personally, I’m in a perpetual battle with the staticky climate in California. So when this dye is ready for hair that’s actually attached to human heads, sign me up.